The pituitary gland produces the Human Growth Hormone (HGH) or Somatropin, a complex protein comprising 191 amino acids. After producing HGH, the pituitary gland releases it into the bloodstream in short bursts and amounts. HGH remains in the bloodstream for a few minutes only, although the highest quantities of HGH are released during deep sleep.

HGH plays a critical role in influencing growth, metabolism, and cell regeneration. It is responsible for stimulating physical growth in children, especially when they get sufficient amounts of sleep.

Fully grown adults also need HGH. Among adults, the primary role of HGH is to regulate bodily processes that help maintain normal blood sugar levels. Keeping blood sugar levels within the normal range is critical in maintaining a healthy heart, strong immune system, and brain function. From this, we can imply that HGH plays a crucial role in lowering one’s risk for chronic illnesses such as diabetes and hypertension.

But with age, the body’s production of HGH will also decline. By the time most people reach their mid-thirties, their HGH secretion will have decreased considerably. The natural aging process slows the pituitary gland’s functioning rate, reducing the amount of HGH produced in the body.

When the pituitary gland slows its rate of producing sufficient HGH quantities to keep up with typical bodily requirements, adults may often suffer from a reduced quality of life. Unfortunately, low HGH levels negatively affect physical and mental wellness.

Women in their 40s are advised to be on the lookout for symptoms like constant fatigue, insomnia, brittle bones, sagging skin, and thinning hair. These symptoms could be a sign of HGH deficiency. For more information about the effects of HGH on women, consider reading through various online resources where they explain it best.

The cause of low HGH in most children is often unknown. However, there are instances when low HGH levels in children are considered a congenital issue. For instance, it’s been observed that children born with congenital disabilities like cleft palates tend to suffer from low HGH levels. Other factors associated with deficient HGH levels include head trauma, autoimmune conditions, brain tumors, and damage to the pituitary gland.

If you are experiencing the symptoms associated with reduced production of HGH, it’s best to consult a doctor right away. A physician may order several tests to determine the cause and come up with a suitable treatment plan. 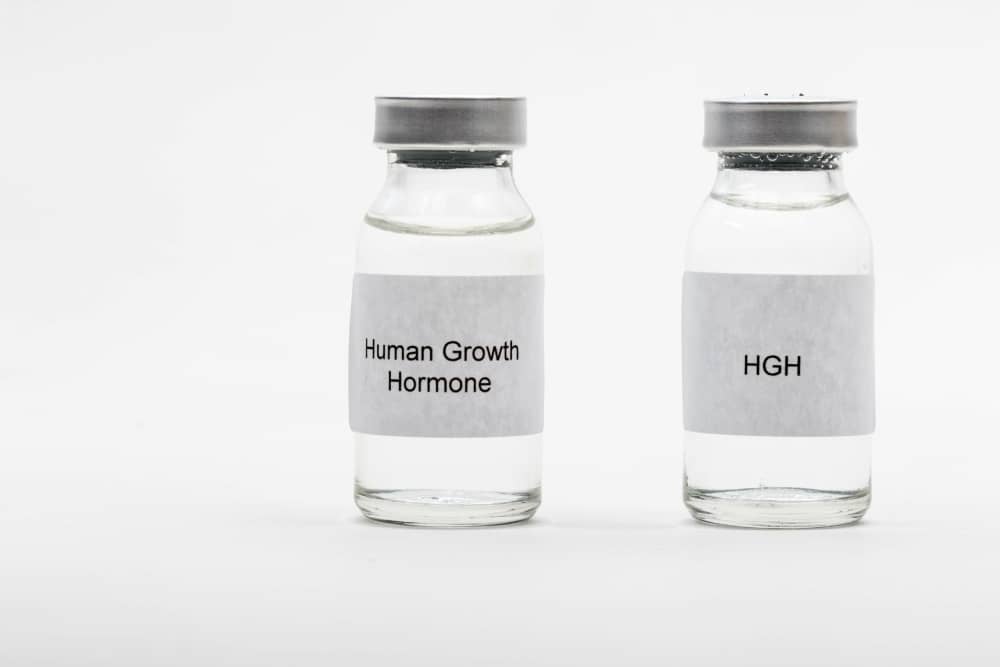 There are various ways of boosting HGH production, including using natural methods or undergoing HGH therapy. Learn more about these methods below:

Boosting HGH levels the natural way means that you don’t have to take any medication, but you have to adjust your lifestyle to encourage your body to produce healthy levels of HGH. This would entail:

Prolonged HGH deficiency exposes people to various health issues, including diabetes, cardiovascular diseases, and osteoporosis. There are times when natural methods of boosting HGH levels aren’t practical for various reasons. For instance, one might not be in a position to exercise frequently or engage in intermittent fasting. In such instances, synthetic HGH may be recommended for adults whose HGH deficiency is linked to health conditions and not the natural aging process. For instance, a non-cancerous tumor on the pituitary gland, or radiotherapy, can result in reduced HGH production.

HGH therapy is approved for treating HGH deficiency due to pituitary gland problems, muscle degeneration due to compromised immunity, and short bowel syndrome. However, it is also commonly used outside medical facilities. Driven by street theories about its impact on athletic performance, fitness enthusiasts often combine it with performance-enhancing drugs to build muscle and enhance their athletic form.

When administered by a professional, HGH therapy can have numerous health and physical benefits. Some advantages of HGH therapy include the following:

HGH therapy can have negative consequences like any other medical treatment. It’s, therefore, important to talk with a medical practitioner who understands the endocrine system before starting an HGH therapy plan.

For instance, individuals with certain pre-existing medical conditions may be advised against HGH therapy. Therefore, HGH therapy might be contraindicated for patients with the following conditions:

C. Other Side Effects

Although HGH therapy is tolerated well by most patients, it’s associated with a few side effects in patients with poor tolerance for Somatropin. However, since the body naturally produces HGH, most side effects are minor when HGH is administered in proper doses.

The most common side effects observed during HGH therapy include water retention, headaches, and moderate joint pain. Carpal tunnel is a side effect commonly observed when HGH is administered in higher than required doses. In addition, HGH abuse can result in adverse effects, including organ enlargement, peripheral neuropathy, and insulin resistance.

As with all medical products and conditions, consulting with a certified medic or an endocrinologist for HGH therapy is the safest approach when undergoing a treatment plan.

HGH plays a critical role in maintaining the human body in a healthy state. Among women, HGH is believed to help retain the body’s physique in a highly feminine form, in addition to improving mental wellness. In some corners, HGH is believed to keep women looking youthful and beautiful as they advance in age.

If you’re considering addressing HGH deficiency using HGH therapy, you should start by reading available online resources on health and fitness. In addition, working closely with a medical professional specializing in nutrition and wellness is crucial if you need an HGH replacement plan suitable for your unique needs. Remember, with the right treatment plan, you can remain healthy and in good form even with some medical conditions or advancing age.